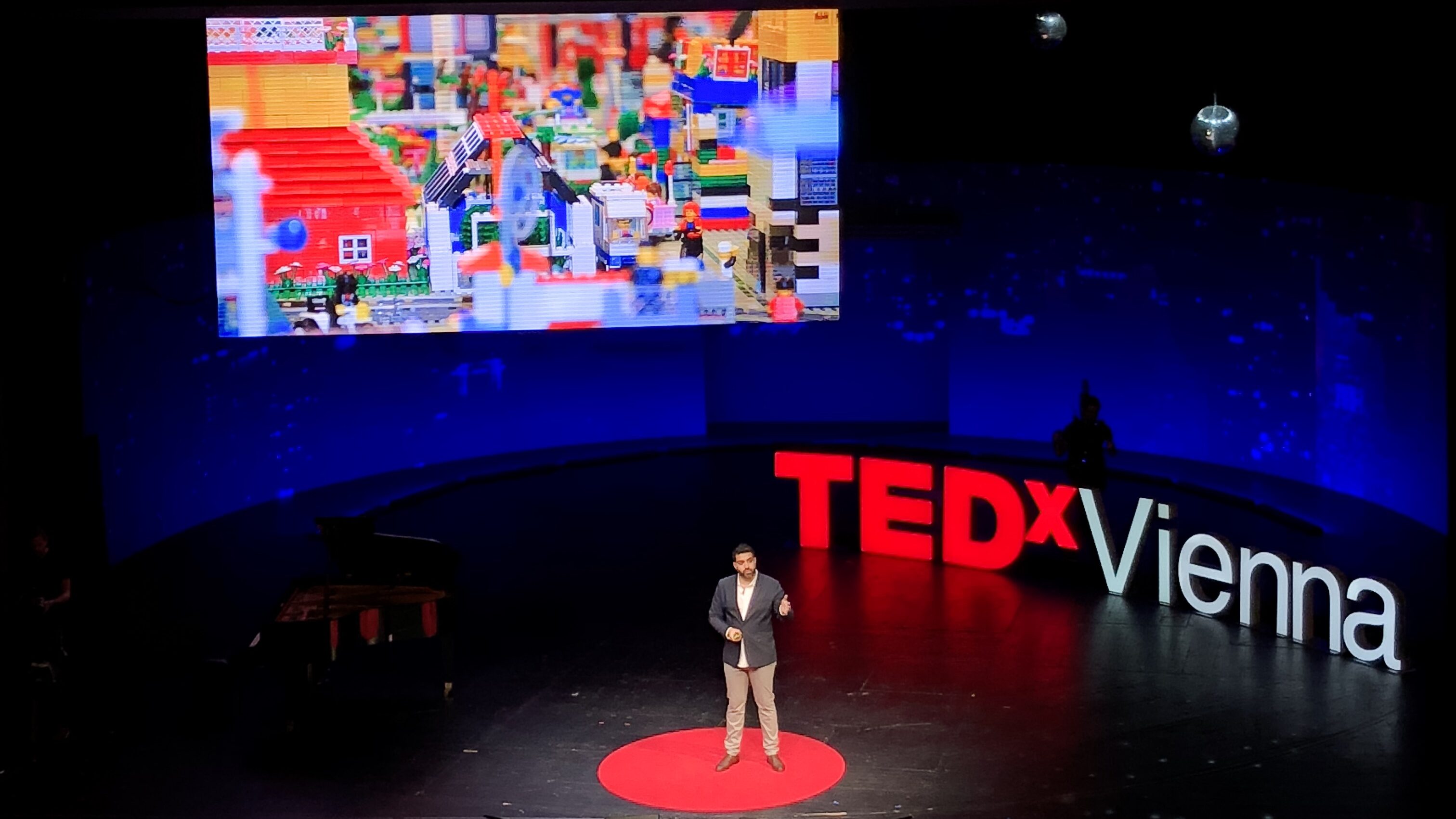 And once again it was the time of the year: October is always where the annual conference takes place in Vienna. It was my 4th time that I attended TEDx in Vienna. And every time it’s simply amazing and inspirational. It’s like the presenters of the conference say: “you will leave with much more questions in your mind, then when you arrived”. 12 hours, 28 international speakers & performers, almost 1000 people in the audience listening and watching .

Watching TED videos is one thing, attending the event is a whole different one. It’s not only about the talks, it’s about talking, mingling, creating new ideas, inspiring each other. It is amazing to share the emotions with almost 1000 people. No matter if it’s laughter or if everyone is deeply touched and it becomes so quiet in the theatre, you could hear a needle fall.

This year the title of the conference was ” Simplexity”. In the increasingly complex and independent world of 2018 human beings seem to be wired for bias. We often mistake immensity for complexity and subtlety for simplicity, ignoring for instance that house plants can be more complicated than manufacturing plants. At the same time we long for a balance between the growing complexity of daily life and our own personal satisfaction.

The day was separated into 5 sessions: Think, Touch, Hear, See and Feel. I feel that the speakers were chosen really well, and addressed a huge spectrum. I personally preferred this topic to last years one which was themed “On The Edge”.

In the 1st session “Think” I specifically enjoyed Dan Kahan’s  (USA, Professor of Law and Psychology) talk on “are smart people ruining democracy? What about the curious ones”? Philippe Narval (Austria, Managing Director of European Forum Alpach) was talking about his experiences and outtakes on how we can reinvent democracy. Moving and inspiring was the talk from Julia Dujmovits (Austria, Winter Olympic Gold Winner in Snowboarding-PSL). I saw her talk at another event in Vienna a while ago, so I thought it will be probably very similar but indeed it was actually very different. She was talking about how she lost her whole team at the Kaprun disaster at only 13 years old and how after this traumatic experience and many painful setbacks she won gold despite the situation not being in her favor.

In the 2nd session “Touch” I was intrigued by Dani Clode’s (New Zealand, Product Designer) award winning work on why she created a third thumb. As my left hand is somewhat damaged after an incident a year ago, I really did understand how this could benefit my daily life. The other talk which intrigued me was the one held by Roham Gharegozlou (Canada, Axiom Zen Founder, CEO of Dapper Labs, Co-Founder of CyptoKitties) on “Life is non-fungible: the evolution of ownership, assets, and us”. Already as a kid I was a cat lover (namely “Hello Kitty”) and when all of this came up with Blockchain, and CryptoKitties were invented, I was immediately sold. So obviously I thought it was tremendously exciting to meet the Co-Founder.

In the 3rd session “Hear” I was moved by Freddie Feldman (USA, Engineer and Musician) how his work with beatboxers unexpectedly turned into a quest to create assistive devices that allow people with illnesses such as Parkinson’s, MS, ALS, and Muscular Dystrophy to communicate more effectively. Amazing was also Douglas Ridloff (USA, Poet and Visual Storyteller) who creates original works in American Sign language (he is deaf). He hosts ASL Slam, a monthly open mic event in NYC and wants to bring the deaf and hearing community together. Yes, its so important to bring people together and not separate, just because one is different.

Session 4 was all about “Seeing”. I loved Liron Lavi (Israel) who created Aravit, which is a new hybrid writing system combining Hebrew and Amharic and has received wide recognition for it’s ingenuity and scope. She obviously received standing ovations for her work. Again, lets bring people together and show the love. Not against each other. The last talk I would like to mention is Tony Giles (UK, Author and Traveller) who is a blind man traveling the world by himself. He was talking about how he experienced New Orleans, Russia and Africa. He is such an interesting personality and so bubbly. Now wonder he is having a ball, he is enjoying life to it’s fullest and he is so contagious.

In Session 5 “Feel” Kavya Kopparapu (USA, Artificial Intelligence Researcher) wowed with her insights on how AI can help in medicine and making cutting-edge medical technology more accessible to every patient. I will need to mention that this young lady is only 18 years old! Such an amazing young talent. I personally can’t wait to see with what else she will wow us in the future.

Wow. Such an amazing day with so many amazing people. I need to highlight: ALL of the talks were AMAZING and INSPIRING, but writing about all of them, would of made this just way too long. This is just a short summary of some of my personal highlights.

Can’t wait to next years event and if you can’t watch it live, you can also watch the live stream.

Until then stay inspired, share ideas and help bring people together.